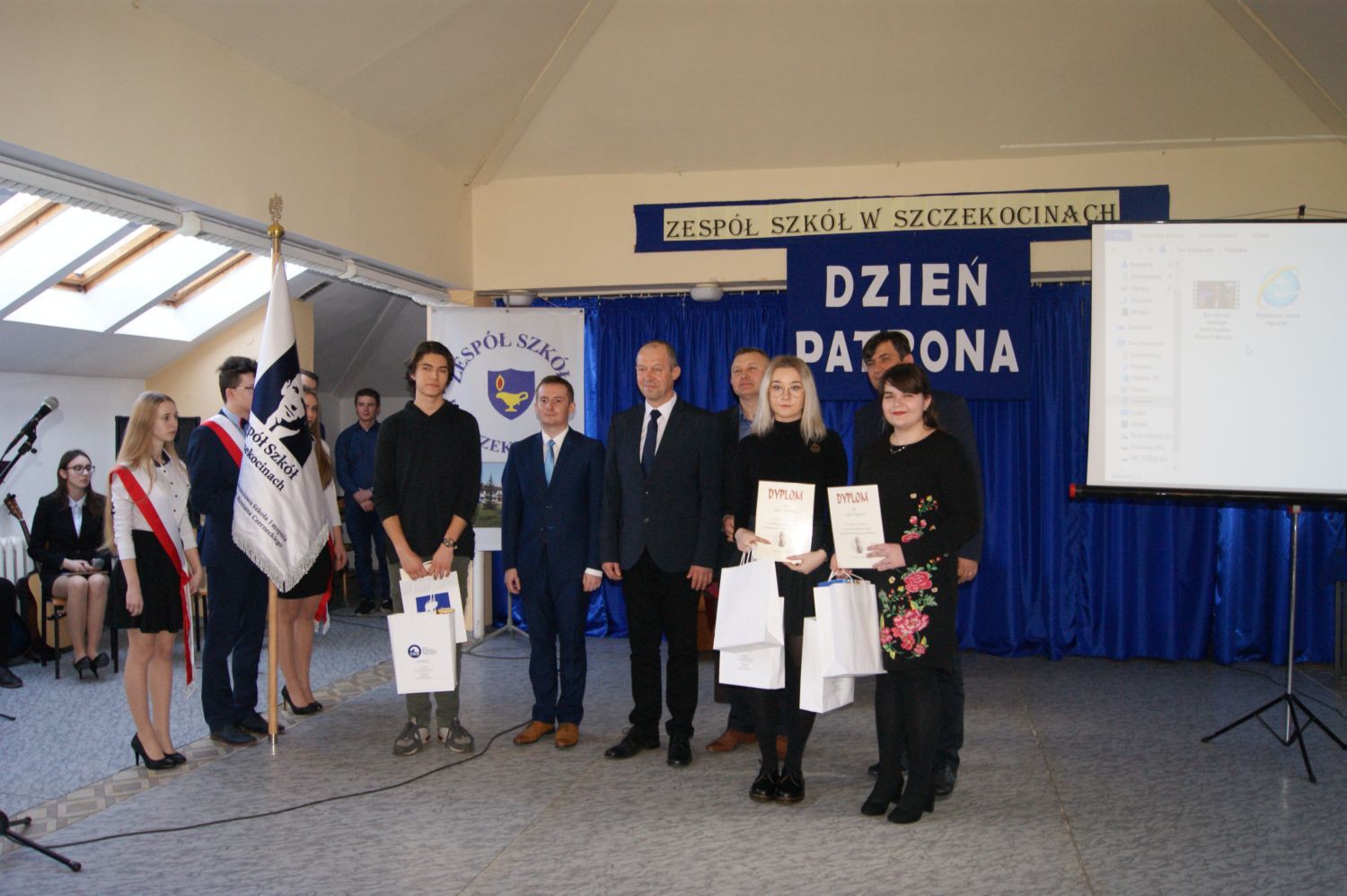 A day to remember professor Roman Czernecki, the patron of the Szczekociny School Complex.

The 28th of February is the official Patron Day at the Szczekociny School Complex. The school organized a celebration and hosted representatives of the local authorities from Zawiercie, Szczekociny, Słupia and various neighboring municipalities. Słupia was represented by the new mayor and the school principals (we’re sorry Zofia Stachura couldn’t be there with us). The delegations paid tribute to Roman Czernecki by leaving flowers under his statue. The EFC Foundation also honored our patron with a wreath. The school also awarded a special student, Kinga Górska, with the Roman Czernecki "Heather" - a symbolic award for making the world a better place. A standard bearer and the school’s representation carried Roman Czernecki’s portrait and sang the school anthem as an opening to the official ceremony, which took place in the Roman Czernecki Hall. After numerous speeches (our chairwoman Emilia Gromadowska gave a speech as well!), the Szczekociny high school students began their artistic performances. All in all, it was a great day and a great day to honor our patron.