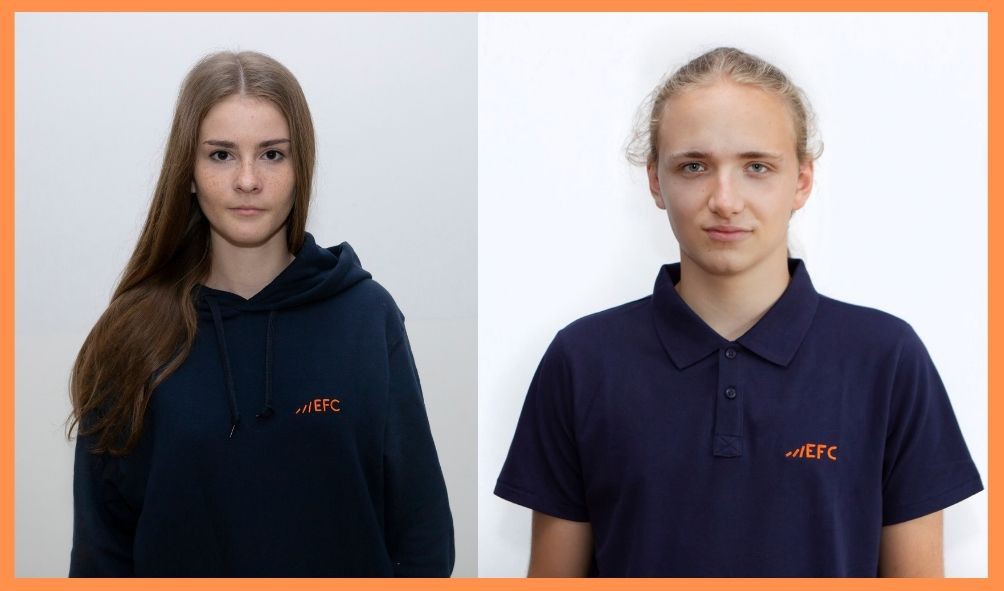 Aleksandra Klicka and Adam Sudoł – the winners of the EFC Fame contest!

The scientific category honors scholars who reach exceptional results in their studies, participate in school and national competitions, and demonstrate passion for work. The social category distinguishes scholars who exhibit initiative, actively participate in charity events and social activities, help out other scholars, and understand the meaning of fair play. In short - they can serve as an example for others. Candidates for the prize are nominated by scholars themselves, as well as the Horizons program coordinators.

Here are our winners:

Aleksandra Klicka – Ola is passionate about political science and social relations. She enjoys doing research and analyzing complex phenomena in the modern world. She participates in numerous lectures and classes dedicated to the Copernicus University students in Toruń. Ola’s scientific endeavours translate to high positions in competitions and olympics. She is the finalist of the LXI edition of Olympics on Knowledge about Poland and the Modern World, the Civics Olympics, and the Olympics on Knowledge about the III Republic of Poland.

We are honoring Ola not only for her successful studies, but also for her active approach to life. She is a young researcher, deeply interested in the world and people around her. She doesn’t keep her knowledge to herself - she puts it to use, engaging in international research projects.

Adam Sudoł - joined forces with the Court Watch Poland Foundation, and monitored trials in courtrooms in the Podkarpackie region. He was so effective, that although the Foundation doesn’t work with underaged volunteers, they decided to make an exception. Thanks to his input, the Foundation prepared their report - the 2019 Civic Court Monitor. Adam was also part of the Safe Rave project, which served as a source of concrete, credible information for young adults about the effects of psychoactive substances. Adam has exceptional results at school, especially in science, but at the same time he always helps out those in need. Adam is also a member of the “Copernicus” choir, which performed in Germany, at the Wrocław Philharmonic and the National Opera in Warsaw. He took part in numerous charity concerts.

We awarded Adam for his active engagement in public matters. We were impressed with his perseverance, and the ability to unite, convince and bring people together. We also appreciate Adam’s successful path in education and his scientific mind, which still leaves much space for thinking about others and passion for music.