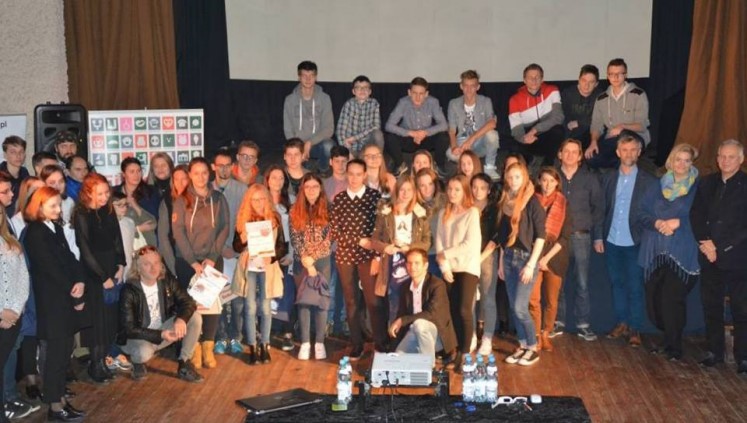 EFC filmmakers awarded at the festival!

EFC Scholars - Marta Skrobisz, Krzysiek Warmiński, Sandra Jędrzejczak and Magda Kuszmider - together with their friends from dorm no. 2 in Olsztyn, produced a film called “Inna”. It is a story about an outcasted teenage girl who one day dreams about finding herself in a new group of people. At first, nobody pays attention to her but with time she begins to experience hostile behaviour…

The picture was sent to the Youth Film Festival “Moja przestrzeń” in Olsztynek. “Inna” was played during the Gala and received a distinction award. Fragments of the movie were aired in the regional program TVP Olsztyn.

Dear filmmakers! Congratulations and we wish you further success!