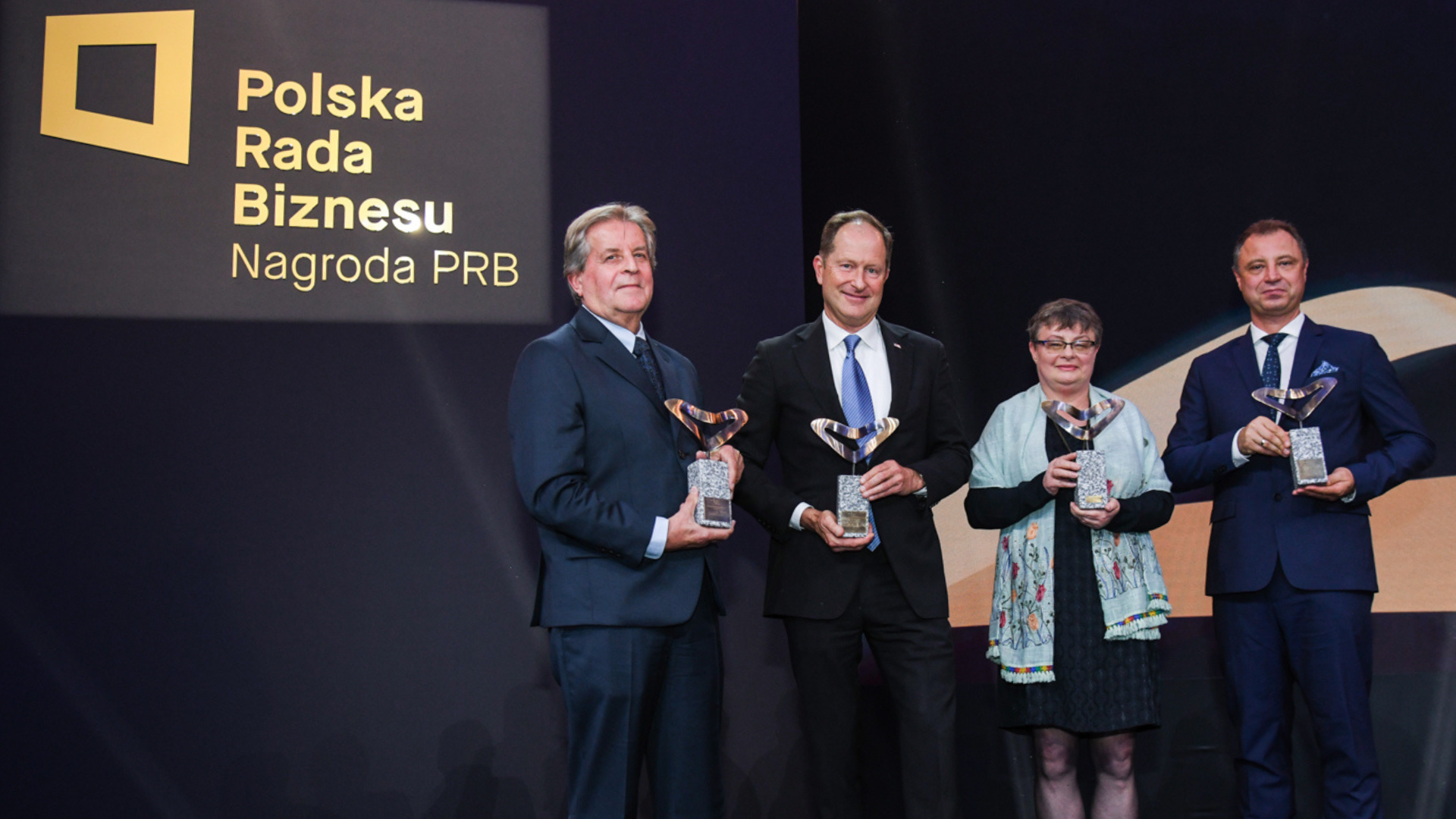 The 11th Awards Gala of the Polish Business Roundtable has been a unique experience for our organisation. 2022 marks not only the 30th anniversary of the Polish Business Roundtable, but also the 10th anniversary of the death of Andrzej Czernecki, an entrepreneur and philanthropist who established our foundation and donated most of his assets to it, allowing us to continuously operate in the field of education.

This is not a coincidence because Andrzej Czernecki was also one of the founders of the Polish Business Roundtable and one of the awards awarded by the organisation was named after him. The Andrzej Czernecki PBR Award is presented in the category of SOCIAL ACTIVITY for both charitable and social activities aimed at helping people and communities in need. The award – and the Foundation – were inspired by Professor Roman Czernecki, father of Andrzej Czernecki and famous Polish educator who devoted his entire life to education. The award therefore stems from a natural combination of social and charitable activities with business. It serves as an inspiration for entrepreneurs to undertake similar commitments and work to make the world a better place.

We are all the more pleased that this year’s Andrzej Czernecki PBR Award in the SOCIAL ACTIVITY category went to Renata Durda, head of the ‘Blue Line’ Services.

‘Violence does not discriminate. It happens to everyone democratically’, said Renata Durda said in a video shown at the gala. The award winner heads the ‘Blue Line’ Polish Nationwide Emergency Service for Victims of Domestic Violence, a branch of the Health Psychology Institute of the Polish Psychologists’ Association (PTP), which has been actively involved in the prevention of domestic violence and education related to it for 25 years. She is a certified supervisor and domestic violence prevention specialist and editor-in-chief of the ‘Blue Line’ bimonthly magazine. Her exceptional sensitivity to social issues is what distinguishes her and clearly connects her to Andrzej Czernecki, the patron of the Award and founder of our Foundation.

Thanking all nominees for their social engagement, we also present the list of names selected for the Award by its Chapter, including the Chairman of the EFC Foundation Board, Igor Czernecki. Apart from the honourable winner, the group of nominees included Piotr Bystrianin of the Ocalenie Foundation and Michał Wroniszewski of the Synapsis Foundation.

Jan Kulczyk PBR Award in the ‘Success’ category for implementing a spectacular business project that had a lasting impact on the Polish market went to Michał Kwiatkiewicz of YES Biżuteria.

In addition to the contest awards, the PBR Award Chapter, which includes prominent individuals in economy, science and culture as well as family members of Award Patrons, awarded the Jan Wejchert Special PBR Award for lifetime activity or special achievements that have had a significant impact on the development of Polish economic and social life. The award was given to Zbigniew Brzeziński, who was President Jimmy Carter’s National Security Advisor in years 1977–1981, among other things. The award was received by his son, Mark Brzeziński, the United States Ambassador to Poland. The award was presented to many prominent Poles, including in recent years Rev. Adam Boniecki, Jurek Owsiak and Professor Adam Strzembosz.

The virtual award gala broadcast by the TVN24 BiS channel was hosted by the Chairman of the PRB Award Chapter, Krzysztof Kulig, and Agnieszka Woźniak-Starak, journalist and TV and radio presenter.