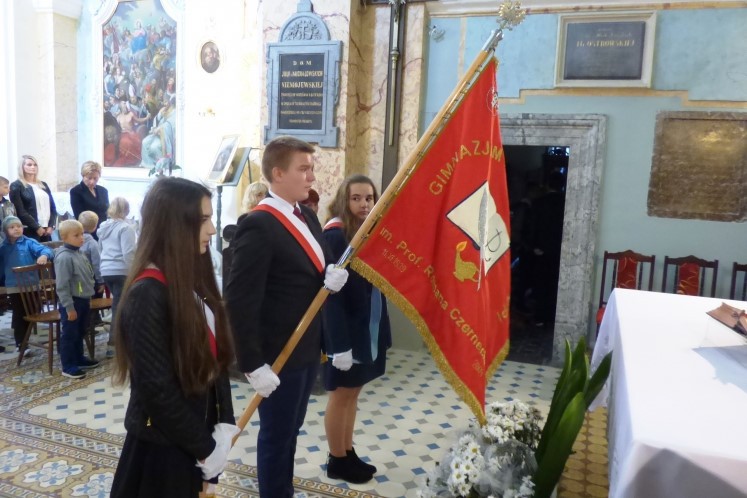 Marek Michalewski, an EFC Foundation supervisor, took part in the school year inauguration ceremony in Słupia Jędrzejowska. Though the Roman Czernecki Middle School doesn’t exist in its previous form anymore, there was a banner raised in the EFC Foundation patron’s name and both the school principal as well as the mayor, underlined the significance of the financial help that the Foundation has brought to the school’s educational needs.