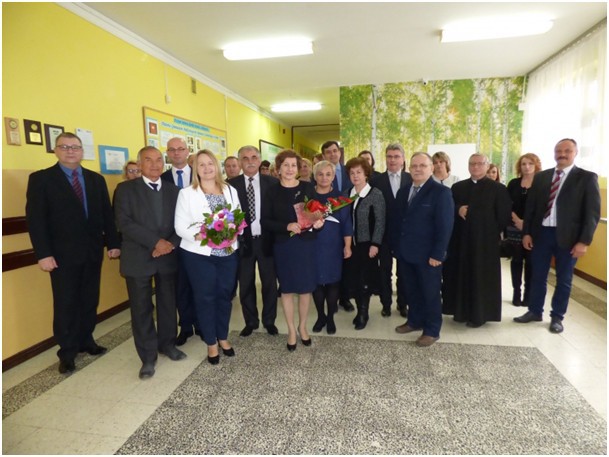 Opening of the Roman and Andrzej Czernecki Memorial Room

On November 14th in the Słupia Elementary School, there was a ceremonial opening of the Roman and Andrzej Czernecki Memorial Room.

The event was attended by local government representatives, the Mayor of Słupia – Krzysztof Nowak and Vice Mayor of Jędrzejów – Janusz Grabek, as well as the Elementary School in Słupia principal – Wiesław Hukowski along with teachers and students. The Foundation was represented by Chairman of the Board Emilia Gromadowska and Supervisor Marek Michalewski.

Flowers have been placed in the area of professor Roman Czernecki’s memorial and Marek Michalewski – as a member of the Czernecki family – was asked to open the Memorial Room. Inside were various documents and souvenirs connected to the life and achievements of Roman Czernecki and his son, Andrzej.