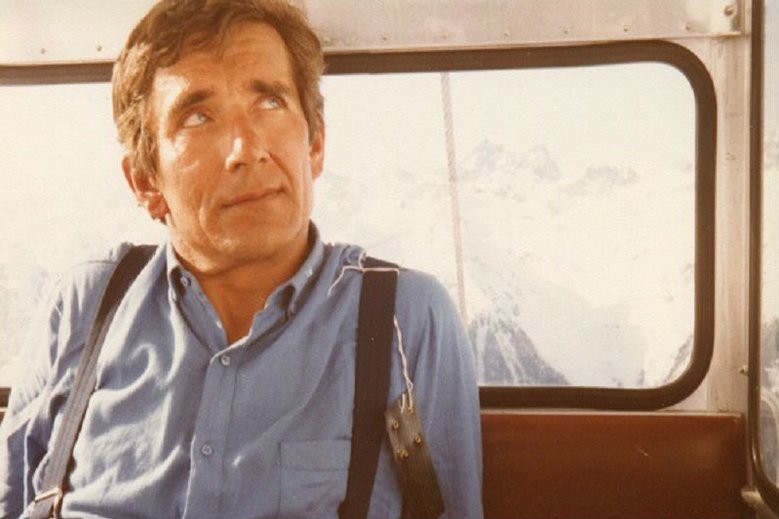 Today is the 6th death anniversary of Andrzej Czernecki, the Founder of the EFC Foundation. This is how some of his closest colleagues remember him.

I met Mr. Andrzej Czernecki at the EFC Foundation’s new office on Bagno. I knew right away he was a charismatic person. He spoke about europeanness and eight years later the first EFC graduates are completing some of the best medical, economic and technical schools, with an enormous social capital received from the EFC Foundation.

I remember when the Scholarship Committee granted its first scholarships – back then the program was called Akropol. The Committee focused very closely on whether or not a given candidate has a chance at being accepted to a high school. Because we cooperated with only one school in the Małopolskie and Świętokrzyskie provinces, and that particular school had very high thresholds, the Committee decided to only grant scholarships to competition laureates because they were guaranteed a spot in the school. Because of this there were very little scholarships given among kids from those provinces, which left me, as the coordinator, with a feeling of injustice because many very good candidates were simply not even considered. After the meeting, Mr. Andrzej noticed my distress – probably seeing my sour face – and asked what had happened. When I explained my doubts, Mr. Andrzej was ready to turn the whole recruitment results upside down. Of course, this was no longer possible but we did find a solution thanks to which more people received a scholarship in Cracow. I think that this situation is a testament to who Mr. Andrzej was – someone who treats others like their partner, considers different opinions and is able to make bold, fast decisions.

Though Andrzej Czernecki is no longer with us, he is definitely present in the work he has created. 23 years ago, I met a man who was exceptionally talented and brave, but who - in my opinion back then – was an impossible dreamer. He laid out in front of me a vision of a total power company – a world leader of disposable safety lancets. I believed him however. He infected me with his enthusiasm – for the next 16 years, day by day, I helped him reach that ambitious goal. And he did it. Thanks to Andrzej’s business intuition, his seemingly crazy ideas turned out to be achievable, bringing the company very big profits. He is gone, but HTL still exists – hiring over 1000 people and remaining one of the world leaders in medical equipment. There is also the Foundation, which he created and which is now lead by his sons – Igor and Andrzej. It provides help and hope to hundreds of students from the less privileged areas. What more do you need to remain immortal? Andrzej lives in our hearts and that is credibly valuable!

I will never forget the energetic handshake during our first meeting and the happiness I saw on Mr. Andrzej’s face after the selection of the EFC Foundation’s first 89 scholars. I am grateful that fate has placed someone like that on my path. I am also glad that I have the chance of being one of the “elements” of the do-good machine that Mr. Andrzej has put into motion.