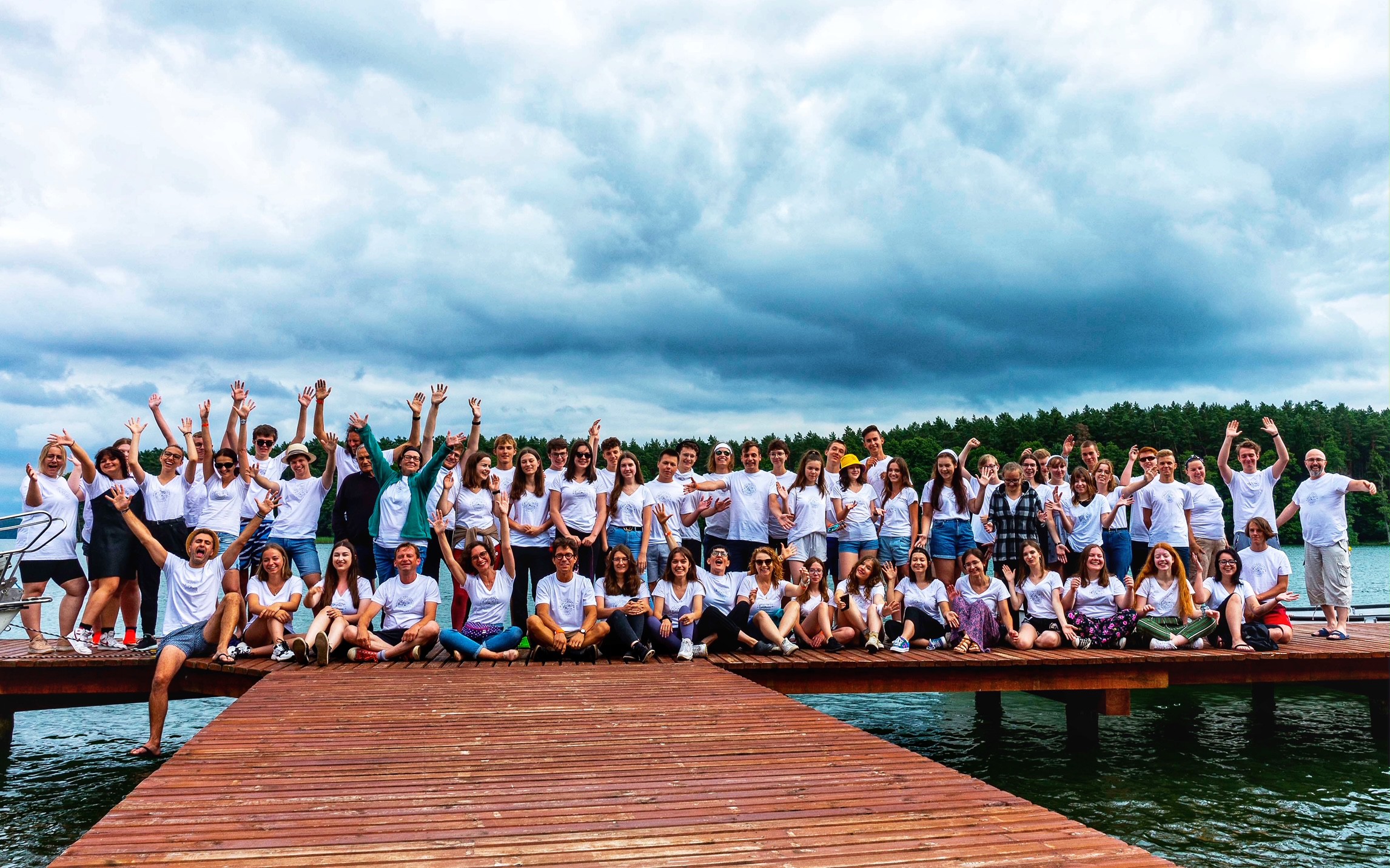 Summer Holidays of the Horizons Scholarship Program are over

We spent July in the Olsztyn Lakeland, in a resort located in the forest and by the beautiful moraine-dammed lake – Pluszne Wielkie. Due to the pandemic, we decided to divide the trip into two camps. All of us – both the group of 122 Horizons scholarship holders who came here from all over Poland, as well as the staff of coordinators and invited guests – were subjected to a coronavirus test when crossing the gate of the "Perkoz" training and recreation center. Lucky for us, we were all healthy and we could forget about the epidemic during the holidays.

The "forgetting process" was made easier by sailing lessons led by a team of instructors which concluded with a regatta. On Pluszne, we tacked in tiny Optimists, agile Omegas, but also in two-masted boats called Dezetas. Although their name - DZ - comes from the call “Dziesięć Załogi” ["Crew of Ten"], they can accommodate a crew of twelve on board, and so it did. The "Dezetas" were crowded, but the sailboats faced strong competition – the kayaks. Those who couldn't get enough of water could play a water polo match or swim under the watchful eye of a lifeguard.

We got to know lake Pluszne perfectly well, both from the water and the land. Every day, a different group accompanied by the coach went on a bike trip around the lake. Some of them succeeded, others turned back, perfectly satisfied with a shorter loop. We tailored the tours to our needs, mood and weather, which was brilliant for the most part. If it rained, it was usually at night, and the mornings were sunny.

Our heads relaxed during the Horizons holidays, but it does not mean that we were not looking for activities that made us grow, build values, and strengthen us. We invited guests to "Perkoz", and the workshops they conducted had record-breaking attendance. Activists from the Greenpeace Poland environmental organization trained us on how to take effective action without resorting to violence. We now know how to organize direct civic actions, where to look for reliable information and allies, and how to communicate your actions. And the most important thing: how to ensure safety during organized events. We conducted a "mock protest" against hypothetical, illegal logging around the resort where we spent our holidays. We were taught how to conduct debates by the Polska Debatuje Foundation. We learned the rudiments of the Greek language with Łukasz Stępień, one of the alumni. The quiz on the patron of the Foundation – Professor Roman Czernecki was preceded by Marek Michalewski's recollections which touched our hearts. The poster created during the art workshops organized by Agata Bańkowska from the Starak Family Foundation was several meters long, which shows the scale of the participants' commitment.

The disco hits had to stop after 10 p.m. as the lake is a silent zone. So, we played chess tournaments during the silent hours. The scholarship holders had a chance to play against Igor Czernecki, chairman of the Foundation's Program Council. These tense battles have become an unwritten item on the agenda of our holidays, impatiently awaited and inspiring. A lecture by Dr. Czernecki on the philosophy of Alexis Tocqueville turned into an in-depth conversation about democracy.

The Horizons holidays were a great contribution to integration. We got to know each other better, shared emotions that now come back to us in the form of vivid and fond memories. July left behind joy and an encouraging sense of community.